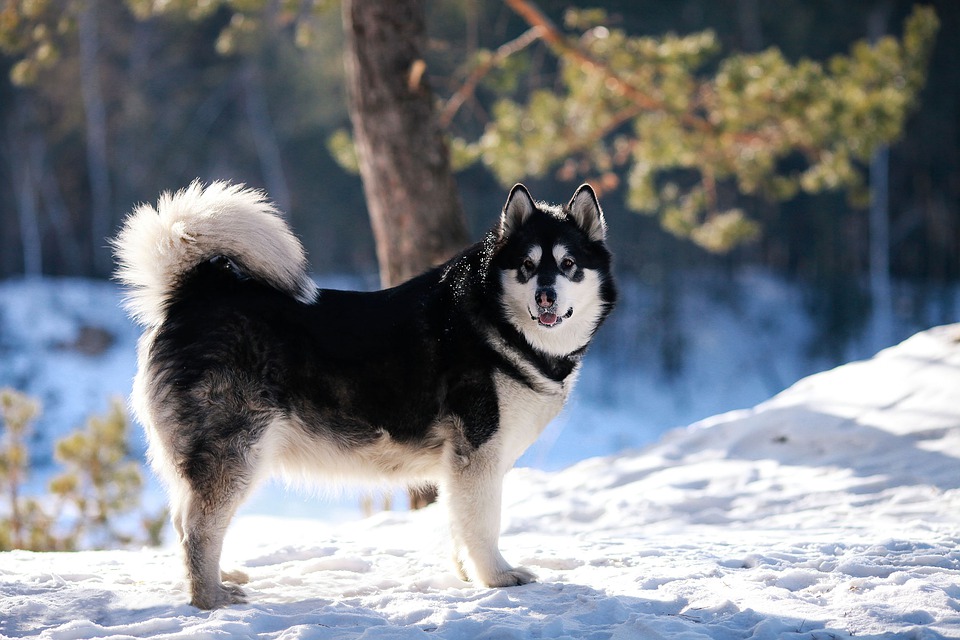 Although often mistaken for each other, the Alaskan Malamute and the Siberian Husky are separate breeds. At first glance, it is easy to see why people see them as the same dog breed. The two breeds were bred as sled dogs but the malamute generally pulled heavier loads. Whilst they are both recognized by the American Kennel Club and look like wolves, their personality and purpose are very different.

The Malamute is somewhat larger than the Husky. It is a heavily-boned sturdy dog with thick coat that runs from light gray to red. Adult malamutes range between 75 and 85 pounds, standing between 23 and 25 inches tall at the shoulder. His top coat is coarse, while the undercoat is oily – this combination protects him in severe cold. Their obedient and extremely resilient nature are part of which makes them great sled dogs.

The Husky on the other hand, weighs between 35 to 60 pounds and stands between 20 to 23.5 inches tall at the shoulder. Females are more likely to be smaller, same with the malamutes. The husky’s coat is furrier and much softer than the malamute’s. The Husky is known for being more intelligent and cunning when compared to a malamute and tends to live longer. Despite their size, the Siberian Huskies were not bred to carry heavy loads, but instead, for their stamina along long distances. Both breeds can have a white face with a dark mask, however at the structural level, we can see that the Husky has a thinner skull shape while the Alaskan Malamute is wider.

Although they might look alike, these two breeds have many differences.

Malamutes and Huskies are often confused with each other but if you see them stood side by side there is no confusion; the Malamute dwarfs the Husky. They are both lovable fluffy giants, but each breed has their own unique traits making them more or less suited to you depending on your requirements for a pet. One thing is for sure, they are demanding dogs and require a responsible owner who has the time needed to train and exercise them. Without this high level of exercise both breeds can turn destructive due to boredom.