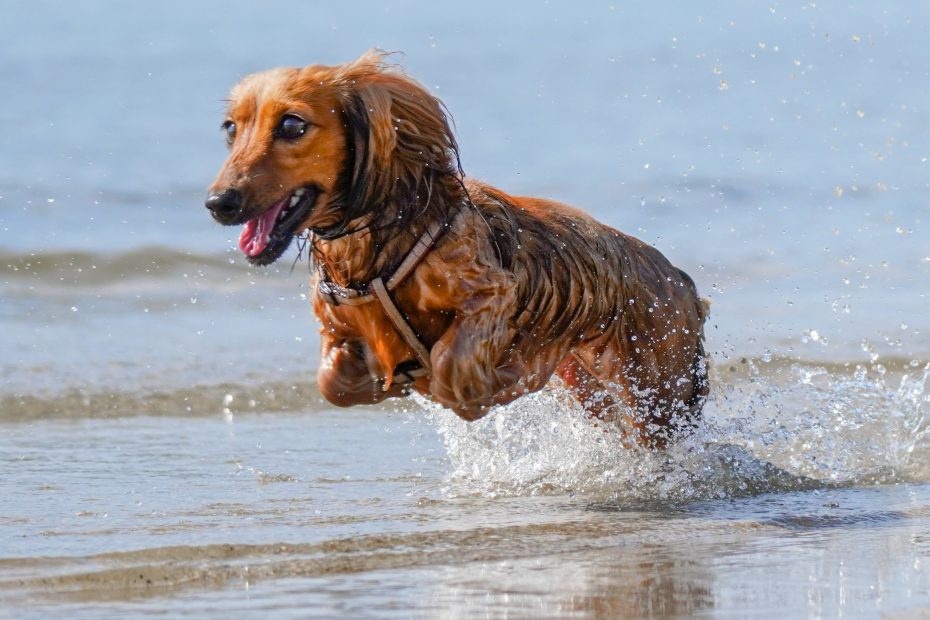 Dachshunds are small, but highly energetic dogs. However, it cannot withstand extreme heat. Can daschunds like to swim? Yes, they can swim. However, you need to consider several aspects before you let your pet swim. They feature short legs and long bodies. Hence, they are not regarded to be the strongest swimmers and will require more time to learn to swim efficiently.

Dachshunds unlike other dog breeds are not very good swimmers. They are capable of swimming but are not that efficient as that of a Retriever or Poodle. They were initially bred to hunt badgers, which reside beneath the soil. Hence, they tend to show such characteristics and not have any swimming qualities. But it is possible to train them to swim in the water.

They have short, stubby legs referred to as dwarfism in dogs. Short legs do not support the dog to propel through the water. But this does not mean that they cannot swim at all. Even Welsh corgi has short legs. But their powerful thighs allow them to swim comfortably. But this feature does not exist in Dachshunds. They have small thighs and short legs, thus facing disadvantages when in water.

They have long bodies and are referred to as wiener dog or ‘hot dog’. Their elongated bodies are disproportionate with their unusually short legs. But how their swimming ability is diminished with short legs? This dog being short is close to the ground as well as to water. This means they need to keep their head up constantly to swim, something that is difficult for them.

It is not natural for you to come across a Dachshund head to the water. When exploring water bodies, they are likely to take a cautious approach. You might be required to persuade your pet to enter the water.

As a dog enters the water, it is likely to kick its legs like he/she is trying to run to avoid going below the surface. This stance for most dogs propels them forwards to get into swimming motion. However, others may simply tread water finding it difficult to move forwards.

Probably, your pet may fall in any of the two categories. There are chances of the pet getting tired very quickly. Short legs tend to use lots of energy while swimming. Shorter legs will mean having to kick more frequently to stay afloat.