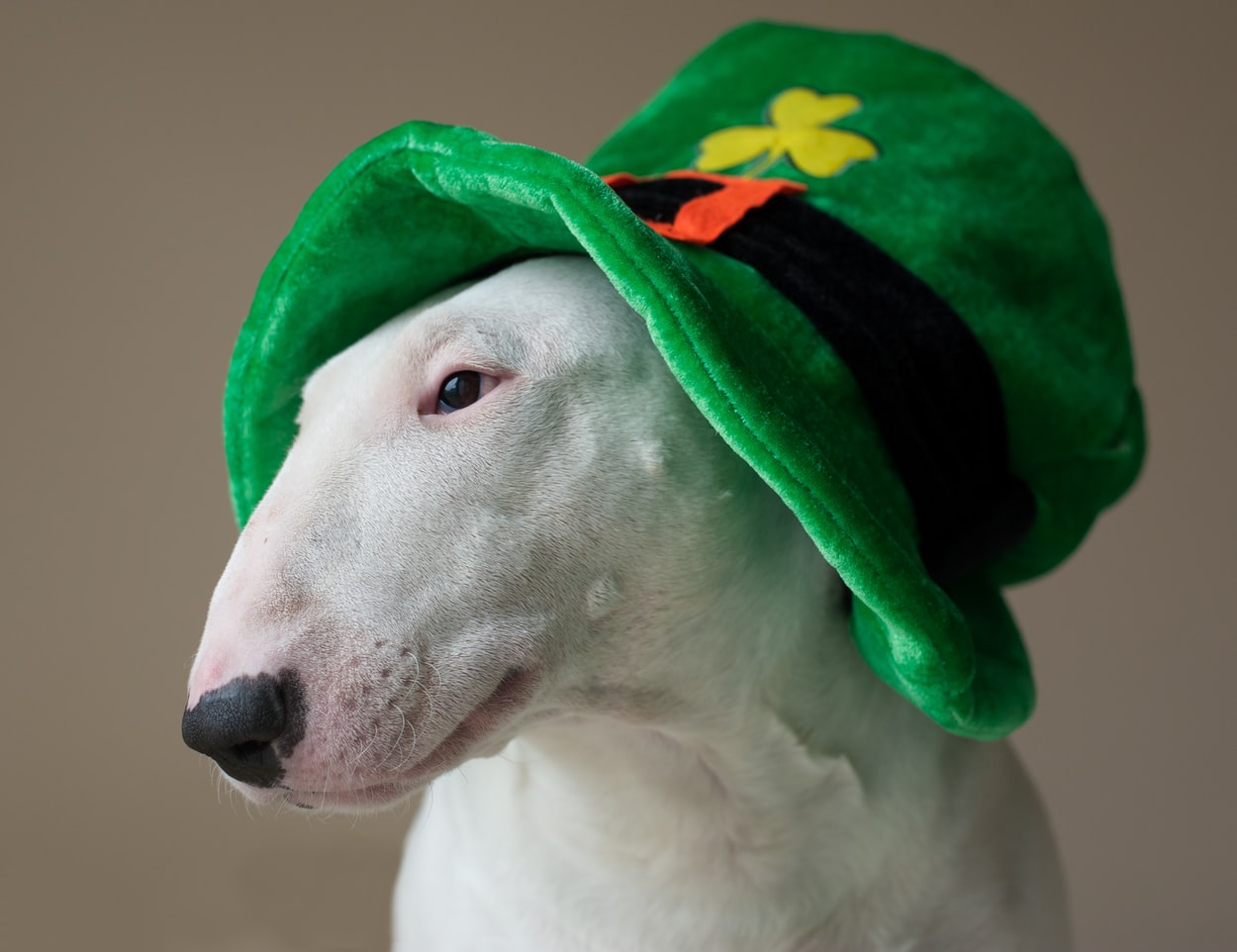 You will clearly recognize the Bull Terrier with its egg-shaped head along with its triangular eyes which gives this breed its desirable “varminity” expression. As unique as it looks, the Bull Terrier has an amazing personality you’ll never get enough of! But why are their heads shaped like that?

The Bull Terrier is best described as a 3-year old in a dog body. It isn’t content to spend long periods alone day after day; he wants to be with his people, doing what they’re doing. He does best with an active family who can provide him with plenty of energetic play. He also needs someone who will consistently (but kindly) enforce the house rules. Otherwise, he’ll make up rules of his own. For that reason, he’s not the best choice for timid owners or people who are new to dogs.

Originally, these fancy dogs were all white and called “White Cavaliers.” Later, the bull terriers were bred with Staffordshire bull terriers, creating bullys with colors such as brown, black, red, and brindle. The breed’s popularity grew rapidly, and by 1897, the Bull Terrier Club of America was established.

To answer the question of why they have those weird heads:

The Bull Terrier was originally a cross between a terrier and a bulldog. Traits are inherited from both breeds ⁠— that meant the strong, wide jaws and face of a bulldog with the longer snout of a terrier, which led to a chunkier, flatter face than other terriers. That face became the signature of the breed and, over time, selective breeding highlighted it to become even more exaggerated.

The Bull Terrier can be used as a hunting dog and vermin killer, but the main reason it exists was to be a pet. Because it was created for this purpose, esoteric fads controlled breeding practices, something you can see operating in parallel with the new American bully breed, which is also first bred to be a pet and show dog.