Why is a Shar Pei Wrinkly? 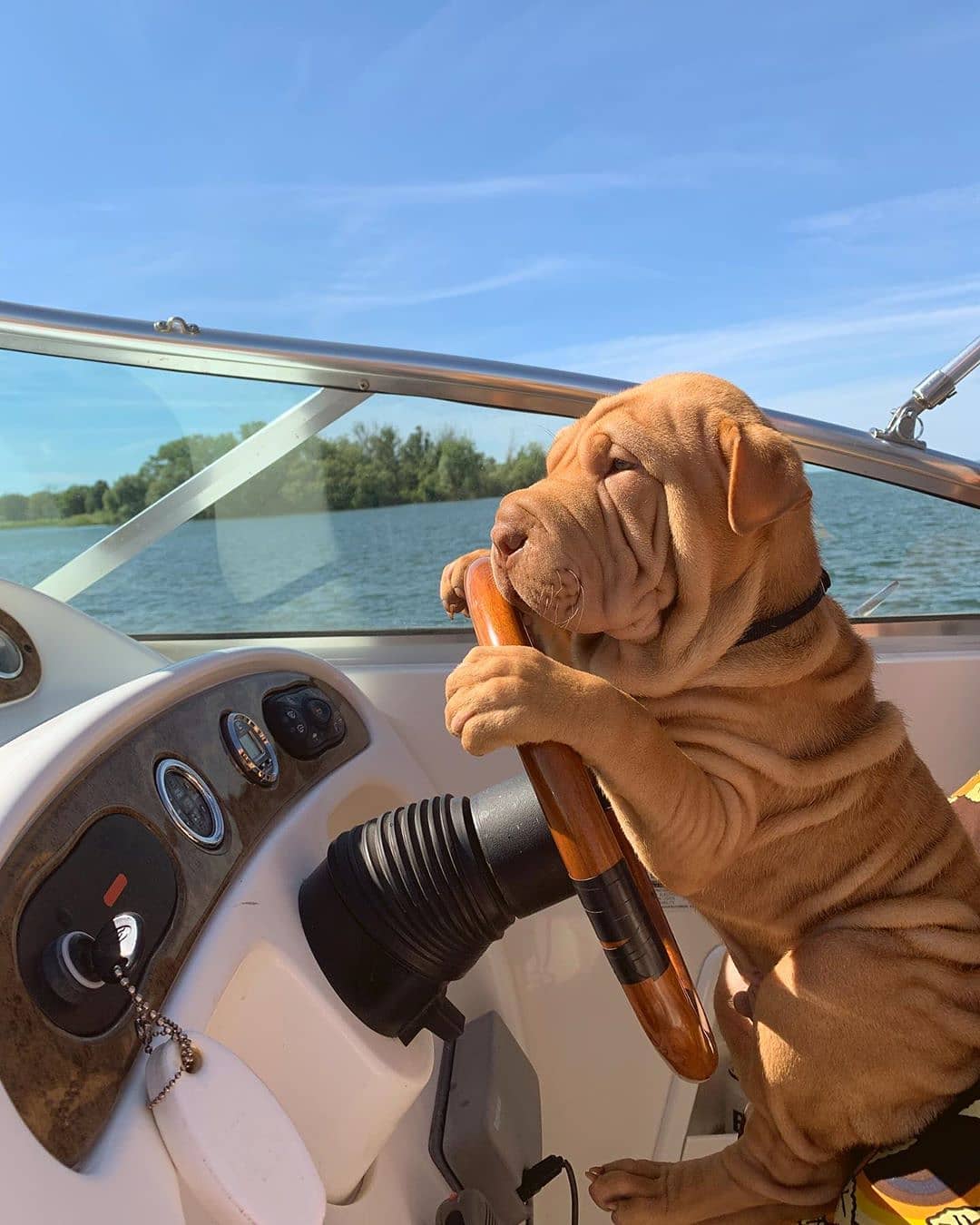 Ever got curious why this certain breed has lots of wrinkles? No, not because they’re old. Even at birth, they already have those loose folds.

Shar-Pei can have either a lavender or blue-black tongue, similar to the chow chows. According to Chinese folklore, the fearsome black tongues ward off evil spirits.

The name Shar Pei means sand skin because their coat looks and feels like sandpaper.

The breed originated in the south of China more than two thousand years ago with the Han dynasty and was used as guard dogs. This breed is considered as a rare breed and has unique characteristics.

After the communist revolution of Mao Tse-Tung, the Shar Pei breed almost disappeared. However, at the beginning of the 1970s, a breeder from Hong Kong, Matgo-Law, sent a number of Shar Peis to the United States and there began the process of recovering the breed.

During the recovery process, the loose folds of the first Shar Pei dogs were enhanced and the offspring of these appeared with thicker skin and a greater number of wrinkles. This increase in thickness and the formation of excessive wrinkles are the cause of the inherited skin disorder cutaneous mucinosis, in which there is a build-up of mucin in the layers of the skin. The mechanism which produces this excess of mucin was unknown of until now.

Shar Peis became a popular breed in Europe and the United States at the beginning of the 1990s. While not as strong as other breeds, they had a strategic edge—their wrinkled skin. The rough fur was added as a means of protection. The bristly texture would create an unpleasant sensation in an enemy’s mouth as they bit down, thus making their grip weaker.

According to the American Kennel Club, Shar-Pei comes in 21 different colors, including interesting shades like five-point red, blue sable, and red fawn.